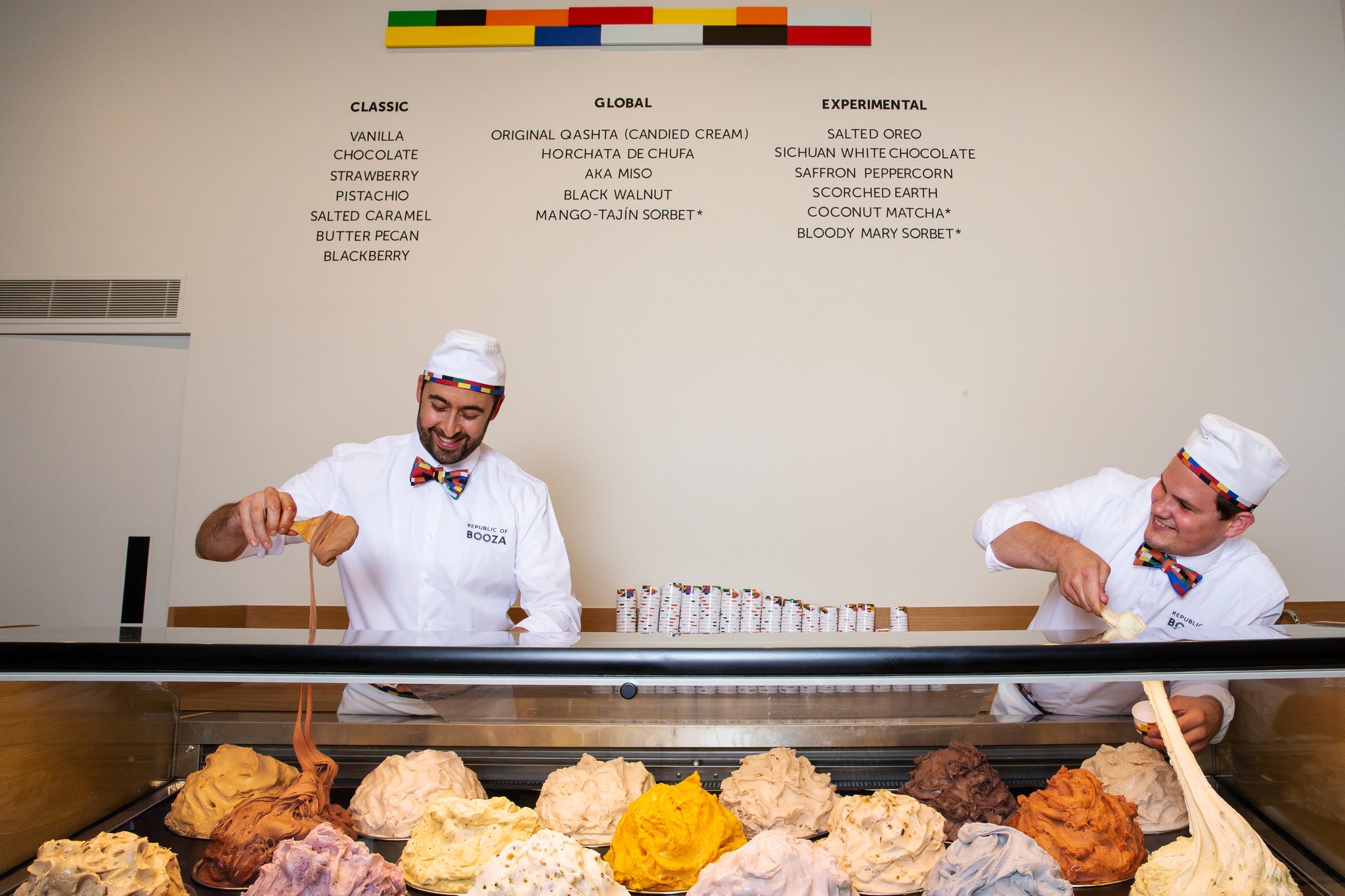 The Middle East and Turkey have a traditional ice cream which  has a very particular texture, with an elasticity similar to fresh mozzarella, the ice cream is known as “booza” in Arabic, and Michael Sadler, a former Oxford scholar, is opening a booza shop on Monday in Brooklyn with several partners. The resulting elasticity of booza is by it being made with the ground roots of orchids (known as salep or sahlab) and the pounding technique used for freezing it.

Michael Sadler contends that it’s the new ice cream of choice. There are shops selling booza elsewhere in the States, but what sets Mr. Sadler’s version apart is the variety of non-traditional flavours. Instead of simply pistachio or qashta (candied cream), you may be tempted by rich swirls of strawberry, black walnut, salted caramel, or even saffron-peppercorn.