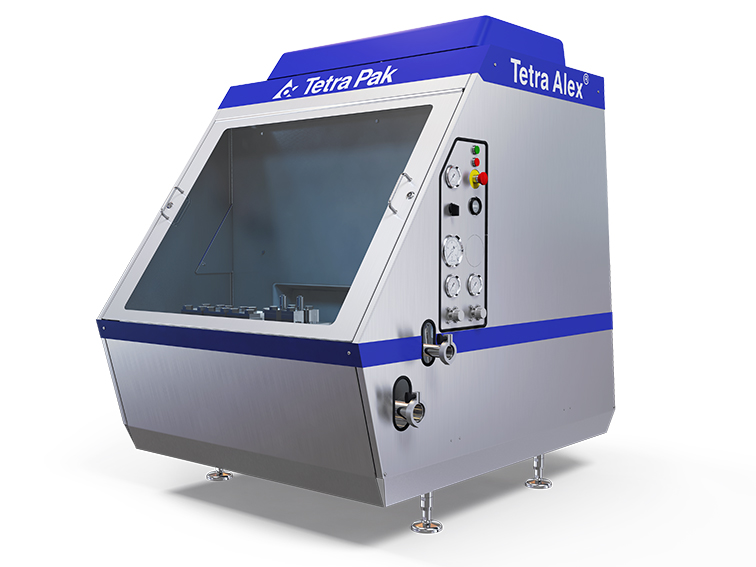 What happens to a drop of milk as it passes through a homogenizer? How exactly does the drop break up, and where precisely does the break-up happen?

Groundbreaking research by Fredrik Innings, who is senior expert at Tetra Pak and associate professor of food engineering at Lund University, drew some interesting conclusions about this fundamental process that lies at the heart of the homogenizer.

What follows here is the abstract of that study. To read the study in full, fill in the form at the Tetra Pak website here.


The overall aim of this project was to investigate the drop break-up process in milk homogenizers. This was done by measurements and calculations of the flow fields in the gap region and by visualization of drops being broken up.

To make visualization and measurements possible, two scale models of a homogenizer gap were developed. The full-scale model was a direct copy of the gap in a production-scale homogenizer, but with optical access. Normal operational homogenization pressures could be tested, and drops down to 5µm in diameter could be visualized.

The second model was scaled-up about 100 times ensuring that the relevant dimensionless groups were kept constant, so that the same factors governed the drop break-up process. The scaled-up model was made of transparent plastic and was used for both velocity field measurements and drop visualization.

From these measurements it was concluded that the drops did not break up in the entrance of the gap. Larger drops were elongated to some extent and smaller ones remained spherical. Not much happens in the gap itself. The velocity profile is very flat throughout the gap in a production-scale homogeniser.

In a pilot-scale homogeniser the boundary layers have time to grow and the velocity profile is almost developed at the gap exit. The growing shear layers seem to have a limited effect on the drops. During passage through the gap small drops will have time to relax back to their spherical shape, while large ones will leave the gap with almost the same aspect ratio as when they entered it.

This study shows that drop break-up takes place in the turbulent jet at the gap outlet. The flow velocity measurements show a very unsteady jet breaking down faster than a jet in a free liquid. Depending on the geometry of the chamber at the gap outlet, the jet can attach to either of the 45-degree walls and become a wall jet.

The turbulence in the jet is very high, with turbulence intensities of 50-100%. Indications were found that flow structures of the size of, or slightly smaller than, the gap height, have very high intensities. Drop deformation experiments and theoretical analyses show that the eddies breaking up the drops range in size from much larger than, to just smaller than, the drop. The larger eddies deform the drop viscously by the velocity gradient created by the eddy. The smaller eddies deform the drop by fluid inertia.

The critical phase of the drop break-up process is the initial deformation. If the drop is deformed to an aspect ratio of 3-5, the drop is then very quickly elongated into one or more filaments which may be bent, coiled and further deformed before they break up into many small droplets.