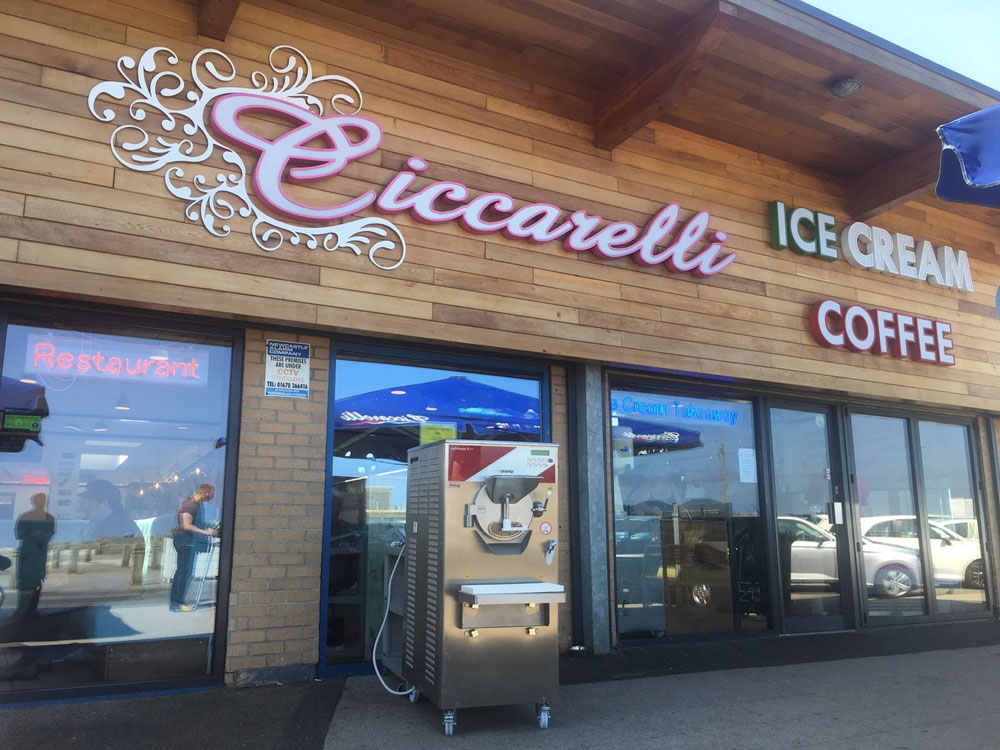 If you’ve had an Italian gelato in the North East of England, chances are it will have been made by one of the Gregorio brothers of family-run business Ciccarelli. The fleet operators, food service wholesalers and owners of a gelateria on South Beach still use an antique Carpigiani L40 to make multi award winning gelato – but the veteran has recently been joined by a brand new Cattabriga Multifreeze Pro 18.

We spoke to Domenico to find out how the two new workmates were getting along.

Ciccarelli started serving gelato to the people of Northumberland in 1966 from just one ice cream van. Today the business, which is run by the five Gregorio brothers Michele, Antonio, Gino, Franco and Domenico, operates a fleet of 30 vans, multiple static pitches, a beach-side Artisan Gelateria, 200 cover Fish & Chip Restaurant Takeaway and an Ice Cream Factory which wholesales to some of the best known restaurants and tourist attractions in the region.

Named for mother Elena (nee Ciccarelli), who still plays an active role in the business, the gelateria produces over 40 flavours daily, using the finest ingredients from Italy blended with milk and cream from the local dairy. The family don’t use freezers for storage but produce fresh batches on multiple batch freezers all day, every day – which leads you to wonder – just how many litres will the Carpigiani have produced in its life span? 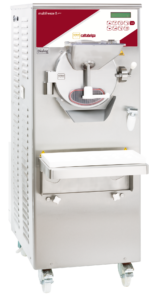 They invested in their brand new Cattabriga Multifreeze Pro 18 after Franco visited the Machinery World stand at the Ice Cream Expo and was shown the batch machine in action. His positive reaction prompted Domenico to drive to Machinery World with some mix to try it out first hand:

Whilst we have been buying parts from Machinery World for about ten years, we used to buy our machines from Italy,” says Domenico. “But being able to pop down and trial the machine with our own mix was fantastic – and I was incredibly impressed from the word go with both the machine and the Machinery World approach.

hey were as fast and efficient with the delivery and installation of the Cattabriga as they are with the spare parts arm of the business,” he continued. “An engineer came up, installed the machine and did a full days’ training with the staff. He also left his phone number which was great, as with most things it takes time to get used to – we didn’t believe how efficiently it could work at lower settings. When we came across a problem he answered straight away and gave us all the reassurance we needed as we kept jamming up the blade.

And the machine itself?

I have always wanted a brand new Cattabriga,” admits Domenico “and LOVE the economy of metal blades, as I change the plastic scrappers religiously every season on all the batch freezers.

The capacity range is incredible – I still can’t quite believe that you can mix anything between 2litres and 18litres in the same barrel.

The girls love it too:

It freezes really quickly, making production so efficient – we were using 3 machines in a pattern continuously making small batches all day, but now I just use this one – Jessica

I like how we can choose separate settings for the sorbets, the choice of levels of hardness and how quickly it freezes. The front door doesn’t ice up either so it is incredibly easy to operate – Kirsten

So will the Cattabriga take the place of the Carpigiani?

It is a fantastic machine, but, hey, the L40 is family – if you can’t use the stick (paddle) you’re not a true gelateo!” laughs Domenico.