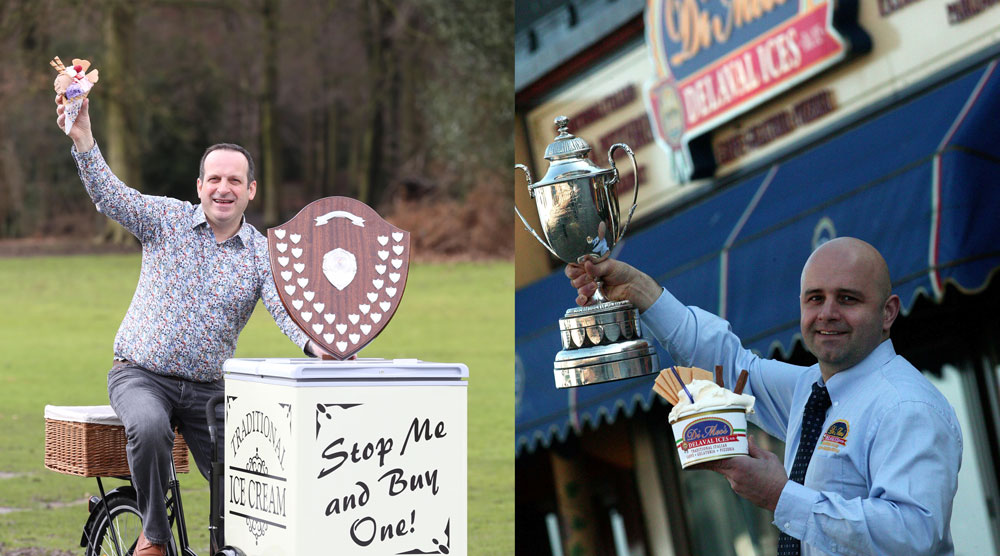 David, who bought his ROKK five years ago, is also the current reigning champion of the Scottish awards, and puts the success of their family-run business down to passion and a refusal to compromise – on anything:

“The first thing I was taught to do was to make ice cream and my ambition was always to win awards,” says David.

“Equi’s was started by my great grandfather, Pietro, in 1914, through home-sickness for the great ice cream of Italy and we have carried his legacy through the generations.  We treasure all of the awards we have received over the years, but these are the ultimate accolade, as they are judged by experts and our peers.

“At Equi’s, we are always trying to make things better. We source only the best ingredients for our ice cream, made using the best equipment, that’s supported by a really strong service and maintenance programme.

“Whilst we do use batch machines as well, I find I get the highest possible quality product with my ROKK continuous freezer because it freezes instantly and produces consistently smooth ice cream throughout the run.

“Setting the machine up right is the most critical first step and the ROKK is both sophisticated enough to allow me to adjust it to my specific needs, but also not overly complicated.  When you combine this with the high level of expertise and customer service provided by Machinery World, it leaves me free to concentrate on the all-important sourcing and combining of the finest ingredients.”

David is joined on the winner’s rostrum by Luciano Di Meo of Di Meo’s Ice Cream, Whitley Bay, also a family-run business, and now in their fifth generation of supplying locals with the best Gelato and Pizzas in the area.  Luciano won the Best Flavour Award for his delicious Pistachio Crunch, which was made using his Cattabriga Multifreeze Pro 18, bought from Machinery World just last year.

Following a fact finding trip to the Cattabriga factory in Bologna in 2017, and an introduction to the Cattabriga Multifreeze Pro 18 at the Longarone ice cream show in Italy the following year, Luciano and his father were later introduced to the UK agents for Cattabriga, Machinery World, at the Harrogate Expo in 2019 – and bought their new machine on the spot.

“When in Italy we were impressed with the passion and expertise of the senior technicians at the factory – and all this know-how and enthusiasm has been poured into the machine design,” says Luciano.  “It is built by – and for – ice cream perfectionists: it is so flexible, producing batches from 3 litres to 18 litres, is belt driven, which is essential in my view, and has a metal blade option, for superior mixing.  I can also design my own programmes, which means I have full control of how each and every batch feels and tastes.”

It is this hands-on and passionate approach which has not only won the Di Meo family their latest in a long list of awards, but also given them confidence in the after sales support offered by Machinery World’s technicians:

“The Machinery World team know I like getting my hands dirty,” says Luciano, “so it’s reassuring to know that if I should ever need to fix the machine, they can offer advice over the phone and source most parts immediately, which will reduce both costs and downtime.”

The service, sales and support teams at Machinery World, another family-run business, are delighted with the competition results:

“We would like to offer our sincere congratulations to not only David and Luciano for their tremendous accolades, but also to the many other Machinery World customers who made it onto this year’s honours list,” says Paul Crowter, Managing Director of Machinery World.

“We are immensely proud to have supplied both the machines and on-going servicing support to the country’s official top ice cream producers.  We look forward to continuing to support them and our many other customers – and who knows, maybe next year will be another clean sweep for Machinery World clients!”