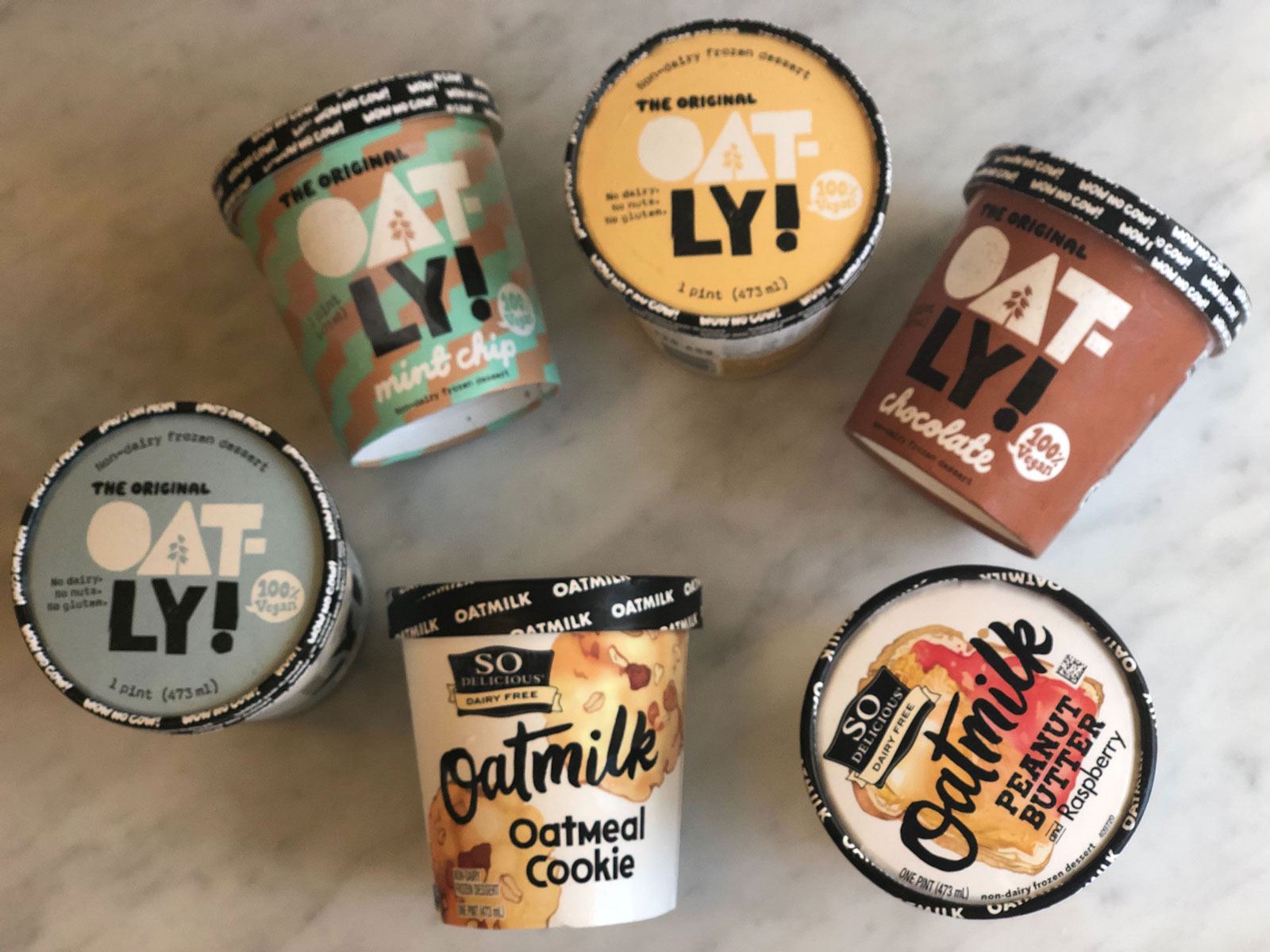 Fast-becoming a true alternative to dairy, oat milk could be the biggest thing to shake up the industry ever.

If you haven’t yet tried any oat milk products yet, prepare to be pleasantly surprised by this healthy dairy alternative.

We’ve seen almond, coconut, and cashew milk in supermarkets for years, but now oat milk is the latest dairy-free alternative to trend, cropping up everywhere from local coffee shops to select Starbucks stores and supermarkets. It’s made from steel-cut oats or whole groats that are soaked in water, blended, and then strained, with an end result that’s creamier than most nut milks. And while you may just be getting used to adding it to your morning coffee or requesting it in lattes, catch up—the latest oat milk innovation is already here, and it can be found in the freezer aisle.

Oat milk’s entry into the market is significant. Back in February, So Delicious Dairy Free launched what it claimed to be “the first-to-market” frozen oat milk desserts in three flavors: peanut butter & raspberry, oatmeal cookie, and caramel apple crumble, which are all dairy-free, gluten-free, and vegan. And recently, Oatly, the Swedish oat milk brand that’s quickly taken the Western World by storm, announced an ice cream line of its own. (Also dairy-free, gluten-free, and vegan, as well as nut-free, soy-free, and kosher.)

A vegan milk made from pulped oats may not sound like a tasty proposition, but Oprah Winfrey, Jay-Z and Natalie Portman would beg to differ.

The celebrities are among the backers of Oatly, the maker of plant-based cheese, ice cream and other “dairy” products that listed in New York recently.

Oatly was founded in the early 1990s by Rickard Oste, a university professor, and his brother Bjorn. Until recently, its milk substitute was little-known outside hipster enclaves.

Thanks to quirky advertising, though, Oatly is escaping this niche. In February 2021, the company spent an estimated $5 million on a television advert during the Super Bowl, one of the ad industry’s premier slots. It featured Toni Petersson, Oatly’s chief executive, standing behind a synthesiser in the middle of a wheat field singing the slogan “wow, wow, no cow” on repeat. The jingle was pure earworm, but it achieved its goal. The ad caused a stir on social media.

Oatly has been floated on the Nasdaq stock exchange in New York at a price of $17 a share, valuing the company at nearly $10 billion.

The group, based in Malmo, raised $1.4 billion, including $1.1 billion in new shares and $335 million for selling nvestors.

Toni Petersson, its chief executive, used the listing to cut his holding in Oatly from 9.9 million shares to 8.6 million, collecting $22.1 million and leaving him with a 1.5 per cent stake worth $146 million.