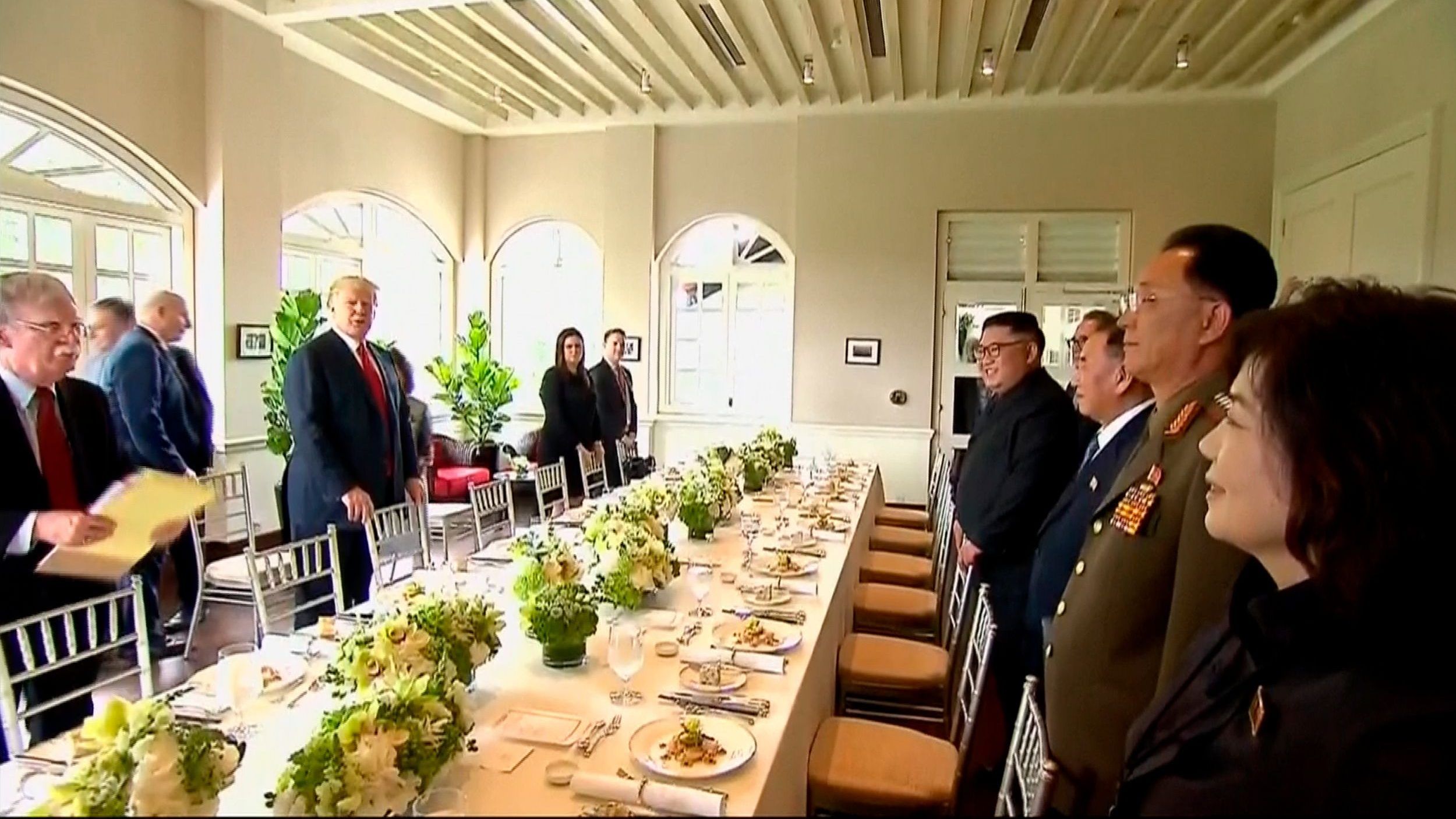 After handshakes, smiles and a thumbs-up, Donald Trump and Kim Jong Un wrapped up their half-day summit in Singapore with a working lunch. Here’s what was on the menu:

Some highlights of the menu included mango kerabu, a fresh mouth-watering salad dish popular among Malaysians, Yangzhou fried rice, which originates from southern China, and Korean dishes including the“Oiseon” stuffed cucumber and “Daegu Jorim” cod. The menu is kind of out of Trump’s comfort zone till it gets to dessert—he’s known as a huge fan of vanilla ice cream, and eats two scoops of it every day.

Despite outsiders not knowing a lot about his food habits, Kim Jong Un has been described as a foodie who loves luxury foreign foods—especially cheese, which did not feature on the menu. Today’s working lunch seems lighter on the symbolism than the menu at the inter-Korean summit in April, where South Korea served Kim rösti, a Swiss potato fritter dish he enjoyed in his boarding school days in Switzerland, and a cheery mango mousse cake symbolizing Korean unity that managed to anger Japan.

One of the most talked about dishes at the Trump-Kim summit, however, was not actually served at the working lunch. The thousands of reporters in Singapore covering the summit have been analysing the kimchi ice cream offered to them at the media center in quite some detail.